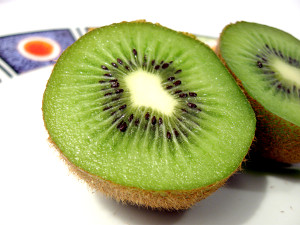 Self-justification kicks into overdrive when we have made an important decision, especially when that decision is irrevocable. As Tavris and Aronson state, “The more costly a decision, in terms of time, money, effort, or inconvenience, and the more irrevocable its consequences, the greater the dissonance and the greater the need to reduce it by overemphasizing the good things about the choice made.” To illustrate, the authors describe a study in which bettors at a racetrack were asked how sure they were about their bet both before and after the bet was placed. Gamblers were much more sure they had chosen well once the bet was placed; the choice was made, and the decision irrevocable, so the self-assurance they had made a good choice was much stronger. It is hard to imagine a decision more important or irrevocable than one involving the place and attendant of your child’s birth. Therefore, people who have made the decision to have a nonhospital birth and followed through on the birth are especially convinced that it was a smart thing to do. They are unlikely to waver in this conviction, and likely to recommend the practice in glowing terms to others.

The “pyramid of choice,” as described in Mistakes Were Made, is a phenomenon that can be used to illustrate how people become polarized on the subject of nonhospital birth. Imagine two women standing at the top of a pyramid. They are both deciding whether to plan a hospital birth or a nonhospital birth. There may be very little actual difference between these two women. They could even be identical twins, raised together in the same community, as alike as any two people could be. One decides to give birth at home; the other chooses the hospital. As soon as that choice is made, they move several feet in opposite directions down the pyramid. The one who has chosen hospital birth feels that she has made the best decision for herself, and the one who has chosen home birth feels that she has done likewise. They both seek out friends and writings that support the choices they have made, and move slowly down their respective sides of the pyramid, each becoming more certain through the power of confirmation bias that her choice was the right one. Once the birth has taken place, if all goes well according to the views of that mother, both will have moved all the way down the pyramid to their respective sides. Two women who were previously only a hair’s breadth apart now have an entire mountain of difference between them regarding how they view birth.

Self-justification can occur in a chain-like pattern that leads us further and further down the pyramid. When, as a student midwife, I first participated in nonhospital births, I witnessed some things that made me uncomfortable. At my school, the head midwife would sometimes do illegal vacuum-assisted deliveries. The first time I saw one done I didn’t realize it was illegal, but when I started talking about it freely, I was quickly quieted by the more senior students. “We call it ‘the fruit,’” they said, a reference to the vacuum’s brand name, Kiwi. I rationalized that these other students and midwives would not be using “the fruit” if it was really harmful, so the law must be an unnecessary one. Soon, I was recruited to help usher family members out of the room “so the mother can rest,” as a cover for the vacuum use; I would then lock the door and stand guard. If I was instructed to cover the mother’s face with a cold washcloth “to help her relax,” I made sure her eyes were covered so not even she could see the vacuum being applied. I rationalized that surely she would have given us permission to do this to help her get her baby out without transporting, but that it wasn’t smart to ask permission to perform an illegal procedure. Toward the end of my apprenticeship, I was the one holding the vacuum, applying it to the baby’s head, exerting the carefully angled pressure to help pull the baby down. I rationalized that now I would know how to get a baby out, if I were ever in a situation where there were no available hospitals.

I did not originally plan to attend a school where I would learn to perform dangerous, illegal procedures; I became complicit through a chain reaction of participation and justification. “The fruit” was only one of many “exceptions” I learned to make; many of these exceptions I carried with me to my later practice. Illicit use of medications, cavalier usage of toxic herbs, induction techniques, pretending not to see a cesarean scar, fudging dates, doctoring charts, “accidental” breech deliveries, cheating blood pressure readings, lying to doctors, ignoring borderline test results, pretending to know answers while furtively Googling, waiting just a little bit longer for baby’s heart tones to improve, purposely underestimating the staining of amniotic fluid, misrepresenting our personal statistics and the statistical realities of our “profession”… all of these practices are endemic to direct-entry midwifery in the United States. I know because I did most of them. I was present (and silent) as others did them. I heard the stories in “peer review.” Not every midwife does all of them; very, very few, if any, do none. It all starts with one small step, and we justify along the way, until we are lost in the woods with no moral compass left to guide us.