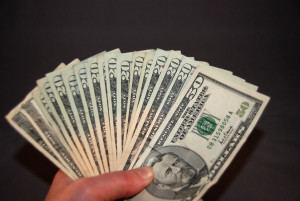 The world of direct-entry midwifery suffers from a significant “funding bias,” a term that describes people’s propensity to emphasize positives and downplay misgivings about the entity that is providing them with money. Midwives make 100% of their income from women who decide to give birth in a nonhospital setting; they are obviously motivated to do everything possible to convince as many people as they can that this is an excellent idea. Midwives at a busy birth center may hit or surpass the six-figure mark during a good year. It is not uncommon for a midwife to earn $2000 or more per birth (after expenses), and some midwives take on 5-6 births on a monthly basis; birth center owners may also take dividends from the business’ profits. My take-home pay during our most profitable year would put many obstetricians to shame, and midwives have no student loans to pay off because our educations are dirt-cheap. (My entire midwifery education ran me $3000 in tuition, and this is not unusual.)

Midwives often accuse doctors of being motivated by money, but midwives are at least as motivated by finances as doctors are. Obstetricians in this country are in demand and not likely missing out on much business from the less than two percent of women seeking nonhospital birth; they don’t have a financial need to convince women to use the hospital. Midwives on the other hand must drum up interest in natural birth and fear of the hospital in order to keep the dollars rolling in. The thing about bias is, people are unaware of it and defensive toward the suggestion. Midwives’ funding bias is something they will never likely examine because no one believes herself to be influenced by money. It is up to the consumer to acknowledge it.