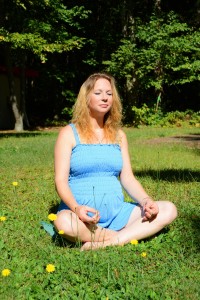 When I was pregnant the first time, I was convinced by many natural birth advocates that giving birth without drugs (and specifically pain medication) was the best possible way to give birth. I met such women in real life, read books written by such, and looked at websites maintained by these advocates. Once I had actually experienced a natural birth, I became one of them. From that point on, my mind only operated in one direction: anything I read that confirmed what I thought and felt about birth, I held up to myself and others as a fine example of logical thinking and scientific understanding. Anything that would argue otherwise, I dismissed as full of errors and bias. These mental gymnastics are not unique to me: they are known as the “confirmation bias,” and most people share this tendency. When women wish to research nonhospital birth, they are likely to seek out information that confirms what they wish to believe, regardless of the scientific veracity of the source. They are likely to disregard or avoid information that conflicts with their position, dismissing it as unreliable regardless of its value.

The confirmation bias is also responsible for the fact that we see a lack of evidence against our position as equivalent to evidence in favor of our position. I am reminded of Olsen’s conclusion in her meta-analysis: “No empirical evidence exists to support the view it is less safe for most low-risk women to plan a home birth.” Those with confirmation bias in favor of home birth read this statement and think that it is strong evidence in their favor; after all, if there was evidence that home birth was unsafe, surely someone would have figured that out by 1997 when Olsen was honestly searching for this evidence! Anyone biased against home birth might simply dismiss Olsen’s quote out of hand. Those without bias read this as a neutral statement about a lack of evidence. It speaks to the confirmation bias within MANA that Olsen’s conclusion forms a prominent piece of what they present to the public as part of their “best evidence” for the safety of home birth.

Confirmation bias is so powerful, psychologists have noted that when people who already have their minds made up about a topic, exposing them to evidence to the contrary only serves to reinforce their original position. This is why a “true believer” in the safety of nonhospital birth, when confronted with the evidence in this paper, is more likely to believe more intensely than ever that the research is wrong, and that nonhospital birth is safe. Perhaps she will grudgingly concede that the evidence is against her, but this will not stop her from deciding that nonhospital birth was the best decision she could have made. “It was the best decision for me and my family,” she may say. I have heard it many times; I have even said it myself.

Sometimes the facts are unavoidable, and the confirmation bias leads us to find new ways to justify maintaining beliefs. One participant in my survey stated, “[Attempts to discourage women from having a nonhospital birth] generally can be traced to… obsession with infant mortality as the only relevant statistic.” How I remember feeling this way when I first stumbled upon the neonatal mortality statistics! Surely a few newborn deaths are “worth it” to avoid hundreds of c-sections? Don’t women die from unnecessary c-sections too? When I looked into this, I could find no evidence of an increased rate of maternal death due to unneeded c-sections. More women die after c-sections than after vaginal birth, but they tend to have significant comorbidities (other factors of poor health) that contribute both to the need for c-section and the death.

Indeed, “obsession” with infant mortality as the “only” relevant statistic is a charge that many midwives who actually do know the facts may lay at the feet of anyone who claims that nonhospital birth is an unsafe practice. If avoiding obstetric interventions is incredibly important to an individual mother, such as the survey participant who voiced this opinion, she may choose a nonhospital birth even if she understands the increase in risk to her baby. In my experience, most women do not choose their safety over their baby’s safety; most women who choose nonhospital birth think they are making a choice that is safer for both herself and her child. They deserve to make a choice based on all the best evidence.

If a mother was considering a nonhospital birth to avoid interventions, even though she was totally aware of the increased risk to her baby, I would encourage her to speak to mothers who have lost babies before making such a choice. I spoke to one such mother online under the condition of anonymity: “I didn’t realize the risks when I was pregnant. I thought having a c-section was the worst possible outcome, so I chose home birth to avoid that. I wish to God I hadn’t abhorred the idea of a c-section so much. I lost my child because I chose home birth, and I wouldn’t have at the hospital. I wish I would have instead been in the hospital, upset that I had a cesarean but holding a live baby, instead of at home with empty arms.” I asked her, “How many surgeries is a baby worth?” She replied instantly: “A million.”

3 thoughts on “The Confirmation Bias (Part 18)”