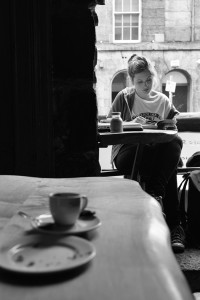 The last section in the MANA list is Section V: Descriptive Studies and Registry Reports Observational Studies: International. Although they are titled “international,” only two of these studies are based outside of the U.S., so I hope to get more applicable information here.

MacDorman, Declercq, & Menacker: The first study, published in 2011, seeks to describe women (by race and ethnicity) who plan home births in contrast with women who experience unplanned home births. This study makes neither examination of nor claims as to safety.

Declercq, MacDorman, Menacker, & Stotland: The second study, published in 2010, is an examination of the difference between planned and unplanned home births. The conclusion is that unplanned home births involve many higher risk factors than planned home births, and that states should be tracking those two groups separately. Although this study has nothing to do with safety outcomes (and therefore perhaps should not be included in this list at all), it does point out something important: birth certificate data does not reveal which births are planned to occur at home but transport to the hospital. This means that safety data encoded into birth certificate paperwork will always attribute some poor outcomes to the hospital when they might more accurately belong to planned home births.

Amelink-Verburg et al: The third study was published in 2008 and is very specific to the Dutch medical system and has to do with categories of referrals within that system. Perhaps the only use for this study outside of the Netherlands is to demonstrate how very different (and truly incomparable) our system is.

Murphy & Fullerton: The fourth study, published in 1998, describes outcomes of home births with Certified Nurse Midwives (CNM) in the United States. A CNM is a nurse with a master’s degree in nurse-midwifery. This study showed a perinatal mortality rate of 2.5 per 1000, a rate that strikes me as incredibly high. (Remember, the Canadian perinatal mortality rate in the Janssen study was .35 per thousand.) However, since this study came out in 1998, I admit that I don’t have a readily available comparison group, and the study does not provide one. The study itself cites two studies from the mid-1980s with lower perinatal mortality rates in uncomplicated hospital birth. Also, this study had a small sample size of 1404. Overall, my impression is that home birth with a CNM in the U.S. needs an updated and more detailed study to draw conclusions.

Cawthon: The fifth study was created by and submitted to the state of Washington in 1996. It compared women on Medicaid who had home births with Medicaid women who had hospital births. This study shows that although women who receive care from a licensed midwife in Washington State experienced low rates of perinatal death when delivering at home, the women who received care from a midwife but had to transport to the hospital for birth experienced a very high perinatal death rate of nearly 3%. This probably indicates that licensed midwives often transport in time for the hospital to be stuck with the poor outcome, but too late for the baby to be saved. The same study looked at Certified Nurse Midwives and found no significant difference in outcomes between the Medicaid births they attended at home and Medicaid births in the hospital.

Anderson & Murphy: This brings me to the very last study on MANA’s list of the “best” evidence for the safety of home birth. This 1995 study (by the same Murphy from the 1998 study listed above) is a look at outcomes of births attended by Certified Nurse Midwives from 1987-1991. The perinatal mortality rate in this study was found to be two per thousand, slightly lower than the 2.5 per thousand that would be found by Murphy in her follow-up study three years later (reviewed above). This rate, while substantially higher than the .35 per thousand benchmark from the Janssen study, must be viewed in light of the fact that the data is quite dated.

The hours I had spent combing over all of MANA’s best evidence led me to this conclusion: nonhospital birth might be as safe as hospital birth, but likely only in health systems in which midwives are hospital-trained and well-integrated, and where exclusion criteria are strictly observed to permit only the lowest risk women to proceed. Nonhospital birth in the United States as currently practiced is responsible for lower numbers of interventions (such as cesarean section and medical pain relief) but a substantially higher risk of death or injury to the baby.

Unbelievably, our “own” evidence, upon close inspection, was almost unanimously against us. But I wasn’t quite finished with MANA-related data, because there was one study not on the list that originated from MANA itself.