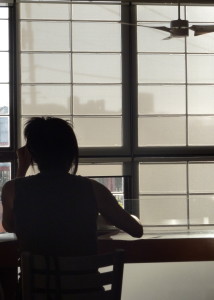 Hendrix et al: Moving on to section II, labeled Randomized Controlled Trials (RCTs), I am once again wondering how RCTs can be ethically conducted to study birthplace. I quickly realize that in this section only two studies are listed, and the first one, by Hendrix et al, is self-explanatory in its title: “Why women do not accept randomization for place of birth.” This paper only indicates that the researchers failed at attempting an RCT.

Dowswell et al: The second (and last) study in this section is by Dowswell. It sounds familiar because it was reviewed by Olsen and Clausen and encompassed only eleven participants. Considering the relative rarity of birth complications, a study with eleven participants is not useful.

Janssen et al 2009: Section III, Cohort and Population-Based Observational Studies, proves to be where the meat is. The first study listed, “Outcomes of planned home births with registered midwife versus planned hospital birth with midwife or physician” was published in the Canadian Medical Association Journal in 2009. In this study, conducted in British Columbia, Canada, home birth mothers experienced fewer interventions, lower morbidity (sickness or injury), and lower neonatal[1] morbidity and mortality. The perinatal death rate was .35 per 1000, compared to .57-.64 per thousand for hospital-based midwife- and physician-attended births respectively. (At this point, I realize that Gulbranson’s New Zealand study, with a perinatal death rate of nearly 3 in one thousand, compares very unfavorably with Janssen’s rate, at over eight times higher; I wonder how Leslie and Romano justified including both Janssen’s rate and Gulbranson’s much higher rate in the same category and calling them “similar” in their systematic review.) The Janssen study is well-designed, featuring totally respectable numbers of women enrolled and fair comparison groups. Before I considered this study a total win for home birth, however, I pressed in on a couple of details.

[1] The neonatal period refers to the time after birth and before 28 days of life.