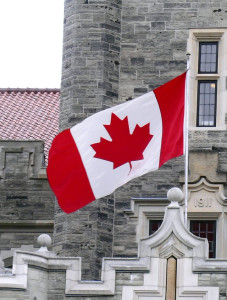 First, registered midwives in Canada are quite different, in several ways, from the vast majority of home birth midwives in the United States. Registered midwives in Canada have to hold a baccalaureate degree in midwifery. They are trained to give care in both home and the hospital setting. The credential that they could be best compared to in the United States is the Certified Nurse Midwife (CNM). This is the kind of midwife that you usually find working in hospital maternity units, the kind that can prescribe medication and perform many gynecological procedures as well as manage births.

The average home birth midwife in the United States is not a CNM, but what is referred to as a direct-entry midwife (DEM). DEMs attend the vast majority of U.S. nonhospital births. The average DEM is a high school graduate, although that is not technically required. She has gone to school for midwifery, usually for three years if she took a full-time course load. These schools are often distance-learning programs and may or may not be accredited; if they are accredited, it may be by the state in which they are run or by an organization called MEAC, the Midwifery Education Accreditation Council. The credits earned are not transferrable to state or private universities.

Clinical training for a direct-entry midwife can vary widely. The current standards for an entry-level certified professional midwife indicate that she can begin practicing after having attended as few as 55 births over the course of several years. I attended one of the most clinically rigorous direct-entry midwifery programs in the United States from 2005 to 2008, the International School of Midwifery in Miami, Florida. During my time there I attended over 150 births, 50 of which were my “catches,” meaning I was the one who caught the baby as it was born. My clinical training was extensive compared to many direct-entry midwives: I inserted IV’s and administered antibiotics, sutured tears, drew blood, inserted catheters, performed pap smears, and many other tasks that many midwives never or rarely do during their training. (Often they lack the opportunity, as such procedures are not permitted in their state.) But as much clinical practice as I got, I was never able to provide care in a hospital setting. Any time I had to bring a client to the hospital, my role changed into that of a support person, not a healthcare provider. Even the most highly trained direct-entry midwife cannot boast that she is truly integrated into the medical care system the way a Canadian registered midwife must be.

Understanding the distinction between a Canadian registered midwife and a DEM from the United States, we now know that we can’t draw a direct comparison to home birth in British Columbia (where the midwifery system is completely different) and nonhospital birth in the United States. What other issues are there with this well-done study?

The second is the rigorous exclusion criteria that Canadian registered midwives in British Columbia must adhere to. This includes that the mother must have no significant pre-existing disease, no significant disease arising during pregnancy, a singleton pregnancy (no twins or higher order multiples), the baby must be head-down, labor must start between 37 and 41 weeks of pregnancy, the mother must have had no more than 1 previous caesarean section, and labor must begin spontaneously. These criteria ensure that risk is kept to a minimum, and according to this study it is working up in British Columbia.

The problem I see is that direct entry midwives in the United States will often attend home births that do not fit these criteria; while insisting that home birth is at least as safe as hospital birth, many will attend twin births, breech births, births after 41 weeks, births of women who have pre-existing or pregnancy-induced disease, births after two or more previous caesarean sections, and births of women whose labor has been jump-started rather than begun spontaneously (whether by herbs, prolonged nipple stimulation, the breaking of her water, or illicit use of medications). I doubt I could find a single direct-entry midwife who hasn’t attended a birth outside of the parameters that Canadian registered midwives must follow. This means, of course, that the results of this study cannot be extrapolated to the United States as midwifery is currently practiced.

The bottom line of the Janssen study is that home birth with a registered midwife in British Columbia was demonstrated to be at least as safe as hospital birth, provided the strict exclusion criteria was applied. Would I see this trend continue as I moved forward?

Hutton et al: Quite literally, the trend continued, in that the next study was also Canadian: “Outcomes associated with planned home and planned hospital births in low-risk women attended by midwives in Ontario, Canada, 2003-2006,” not surprisingly shows similar results to the Janssen study. Published by Birth (sponsored by Lamaze International), the Hutton study shows lower rates of interventions such as cesarean section, episiotomy, and medical pain relief for the home birth group. It also shows that the perinatal mortality rate was not significantly different between home and hospital.

It seemed that Canada was an example of a successful home birth system. Two studies have supported that not only were fewer interventions used, but perinatal outcomes were as safe as the hospital. Perhaps in the following studies I would find that the same is true in the United States.