After this blog went live last week, I received several messages from former student midwives and doulas who wanted to share their own stories.  By sharing stories like this one, people can start to see that my experiences as a midwife were far from unique. Here is one such story: 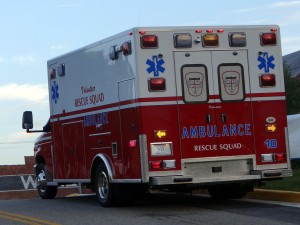 This story has bothered me for nearly 10 years. This occurred in a state where CPMs were legal. I was a brand-new doula – the only doula in a small town, which was populated mostly by military families. I was contacted by a woman who was expecting her first baby. She and her husband were deeply religious and really wanted a homebirth. Because we were in a small town in the middle of nowhere, she hired the closest midwife she could find, who was three hours away.

I met with the couple several times during her pregnancy, which progressed normally as far as I could tell. She was a very petite woman and didn’t gain much weight, but she was extremely health-conscious. Sometime around her due date she called me, and I went to attend her birth as a doula. That’s when I first met the midwife and her two apprentices. I was very impressed by the fact that the midwife had two apprentices; I thought it was both safety-conscious – two extra sets of hands! – and demonstrated a commitment to further educating midwives. Even though I had only just met her, I held the midwife in very high esteem.

The midwife did everything right as far as I could tell: she listened to heart tones regularly, she spoke soothingly and patiently to the laboring mom, and she checked her only once every few hours. She had a bag of equipment that included oxygen, scissors, a baby scale, and stethoscopes. She was extremely calm and seemed competent. She wrote everything down on a chart. Her two apprentices took turns listening to heart tones. We chatted quietly and took care of the laboring mom, who wanted her hips squeezed and her back rubbed during contractions. A few times the mom said, “I feel like I’ve got one foot in the grave.” This made me uncomfortable, but didn’t seem to bother the midwife or her apprentices.

Labor went on for hours. And hours. And more hours – we were at her house for at least 36 hours. The midwife and her apprentices took turns napping on the couch. I actually went home for a while to sleep and see my kids. When I came back, the mom was dilated to seven centimeters. And that’s when things got weird.

Despite being seven centimeters dilated, her labor had completely stopped. Contractions disappeared and her discomfort went away. The midwife conferred with her apprentices, and the three of them left. They took their stuff and they went home, telling the client to call when her labor picked up again. I went home too, thinking that if the midwife had left, then leaving the client alone must be the right thing to do.

The client’s husband called me several hours later saying that labor had started up again and was really intense, much stronger than it had been in the two previous days. I drove to the client’s house to find the baby’s head at the opening of the mom’s vagina. I called the midwife. She was at home. In fact, she planned to stay home, despite the fact that her client was delivering a baby three hours away. She told me I could call an ambulance or deliver the baby myself. I asked the clients what they wanted me to do. They wanted to stay home and have their baby.

So, with about three chux pads, no heart-tone monitor or oxygen, and a pair of gloves, I caught the baby. The midwife stayed on the phone with me. The mom was thrilled. The dad was thrilled. I was thrilled!

Until the mom started to bleed. And the placenta didn’t come. The midwife was still on the phone, giving me instructions, but of course I had no training, no way to estimate blood loss, and no idea what I was doing. The chux were soaked. The carpet was soaked. (Later the midwife would pay for a disaster-cleaning team to fix the carpet.) I was starting to panic. The mom was feeling faint.

I called 911, and an ambulance came to take the mom and baby to the hospital. After the placenta was removed and the mom was given a blood transfusion, she was better. The CNM who took care of the mom at the hospital was remarkably kind to me, considering the circumstances. The parents, being deeply religious, felt as if everything had gone the way it was supposed to. I knew better.

I called my doula organization to talk to someone about the horrible experience. I called a midwife from another state to talk about it. I even went to see a lawyer, because I was certain I’d get sued and maybe even go to jail for my part in the entire catastrophe. The midwife I talked to was furious at me for delivering the baby and furious at the midwife who had abandoned the client. She contacted the midwives’ association in our state, demanding peer review to discuss the birth. The peer review committee contacted me and asked if I’d be willing to explain what happened at the birth, from my point of view. I agreed.

When it was my turn to talk at peer review, I cried. I did NOT want to throw the midwife and her apprentices under the bus. I did NOT want to say anything bad about them, or the way they handled things. The midwife was a woman who had lovingly cared for my client, who had rubbed her back during contractions! She was a certified professional midwife, licensed to legally work as a homebirth midwife in our state! Things just… happened. The midwife made a judgment call, and things went wrong. I didn’t actually blame them.

At the time, nearly 10 years ago, I truly believed that leaving the mom when she was 7 centimeters dilated was the right decision; otherwise the midwife and her two apprentices wouldn’t have done it. That was my logic. If a midwife does XYZ, then XYZ must be the right thing to do. I also believed that if it were really a poor decision, one of the two apprentices would have spoken up. But now I know that homebirth midwives are an insulated sorority; no midwife wants to call out another midwife for errors, especially not an apprentice calling out her preceptor. That could be career suicide. Instead, the apprentices followed their preceptor’s lead and didn’t protest, and the three of them drove home, three hours away.

Now, nearly 10 years later, I blame them. I’m shocked and outraged that they left. I see no excuse, and I see plenty of other options. They could have gotten a motel room and one of the apprentices could have stayed to take heart tones and chart, while the midwife and the other apprentice slept. They could have taken turns. They could have sent the client to the hospital for a prolonged labor. They could have done almost anything else. And yet, at that time, I yielded to the “authority” of the licensed, certified health care provider who had abandoned my client while she was in labor, and her apprentices.

The Hurdle to Overcome (Conclusion / Part 24)
How I Got In