The Way I Remember It 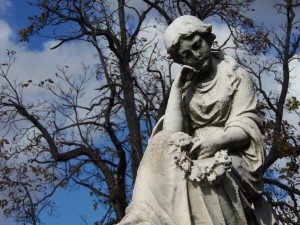 People tend to think of their own memory as a video recording in their minds that they can rewind and consult at will. Memory doesn’t actually work like that, though: as Tavris and Aronson explain, memory is more like a personal historian, who records events in accordance with the perspective and self-concept of the person in question. Memory tends to be a bit of a sycophant; the original spin-doctor, our minds tend to remember us as a little better than we were. Memory tends to forget things that we have done that would be unpleasant, unflattering, or uncomfortable to remember.

During a long, slow labor, I would often wonder why I had chosen a profession that was so dull so much of the time. Obstetricians have notably said that their profession is 99% boredom and 1% sheer terror, and I would have to say that sounds about right to me, at least during the labor part. By the same token, a laboring mother often wonders to herself why having a baby (or having yet another baby) ever seemed like a very good idea in the first place. Memory kindly allows the mother to forget much of the agony of birth, allowing her to consider another baby in the future. Similarly, memory permits the midwife to remember the joy and excitement of catching a baby, and forget the tedium of helping a woman through the labor process, as well as the worry as to whether the baby and mother will make it through the process without significant complication. It seems that this function of memory is adaptive, allowing mothers and midwives to proceed with their business without calling it quits despite the downsides. However, there is a dark side to the revisionist nature of memory in birth.

Women who experience difficult labors, problems, and even serious complications during nonhospital birth often experience cognitive dissonance when they remember and recount the event. The conviction that “I am an intelligent woman who makes good decisions” is dissonant with the fact that she just had a very unpleasant, dangerous, or life-threatening experience at her nonhospital birth. Memory comes to the rescue, and everything gets recast in a light that allows her to continue to see herself (and her midwife, whom she deemed qualified and hired) in a positive way: The labor wasn’t that difficult, after all. The problems, they weren’t bad, my midwife handled everything well, and it was nothing compared to what could have happened in the hospital. The severe complications could have happened anywhere, to anyone. We can’t control everything in life. Besides, my midwife knew exactly when to call 911! And thus, history is re-written. The mother isn’t lying when she tells her story. Her own memory has re-written the story to preserve her self-image.

This is how the rampant practice of midwives missing births, which are then attended by whichever unqualified person is closest at hand, continues. A woman pays a nonrefundable amount for a midwife’s services, the midwife does not make it in time, and somehow this is generally shared as an amazing story of triumph or a humorous account. It is true that some births are precipitous (very fast), but this problem exceeds the incidence of precipitous labor. How does a midwife maintain a good reputation in the face of missing many births? She flatters the mother: Wow, you are so amazing, to have done this so fast! You didn’t need me at all! Your body knew just what to do. The mother eagerly internalizes this flattery and remembers that the midwife’s absence wasn’t really a problem, after all; in fact, it was all part of an exciting, memorable story. She won’t hesitate to recommend this midwife to her friends.

Similarly, midwives elude taking responsibility for anything that goes wrong at a birth through their own revision of history. Regardless of how a birth goes, the midwife will remember that she did everything right. If she made a mistake, it was a minor one, perhaps a funny story to tell later. She certainly never put anyone in harm’s way. In this way, midwives come to truly believe that they are entirely blameless for anything that goes wrong at a birth. Your midwife isn’t lying when she says she’s never had any bad outcomes. She believes it to be true. She remembers that any bad outcomes were entirely out of her control, entirely someone else’s fault, or no one’s fault at all… and therefore, there is no need to disclose that poor outcome to clients. She may also remember many complications as not as bad as they were. Oh, sure, things may have seemed dicey for a while there… but everyone turned out ok in the long run.

I am certainly guilty of allowing my memory to lead me down a primrose path. My memory lingers over moments when I was heroic, times when I saved the day, and events that make me seem, in my own mind, like a smart and responsible caregiver. I have to force myself to see things differently, and it is uncomfortable. That time when I expertly resuscitated that breathless baby? I didn’t know he was in distress until he was born; I had missed any warning signs of that. The time I successfully helped a mom avoid the hospital when her blood pressure was a bit high? Her blood pressure was actually dangerously high, and that stunt could have ended in a double tragedy. The time I had to hoist that mom out of the pool and get her on the bed to free her baby’s shoulders? (What a hero I was!) Except, she shouldn’t have been in that pool at all; she trusted me that it was a good idea to get in there in the first place. And it was only luck that her baby’s shoulders freed in time. My memory wants to remember me a certain way, and it is up to me to strive for a more honest perspective.