In the winter of 2015 I conducted an online survey of 1,057 women regarding their experiences, attitudes, and beliefs regarding nonhospital births. These women were recruited via Facebook, including in groups that targeted women interested in the topic of natural birth. Ages ranged from 19 to 71, with a mean age of 34 years old. At least 447 nonhospital births were planned. At least 1,456 births to the participants occurred in a hospital setting. Any uncounted births are due to participants selecting the “four or more” options for each category. 56 of the planned nonhospital births transported to the hospital during labor and are counted in both groups.

Of the participants who had hospital births, the most popular reasons for choosing the hospital included feeling like it was the safest place for the mom and baby, the fact that it was covered by insurance, and a desire for access to medical interventions. Among participants who chose nonhospital birth, the top reasons included a desire to avoid interventions, wanting more comfortable surroundings, a belief that birth does not require hospitalization, and the feeling that nonhospital birth was the safest choice. 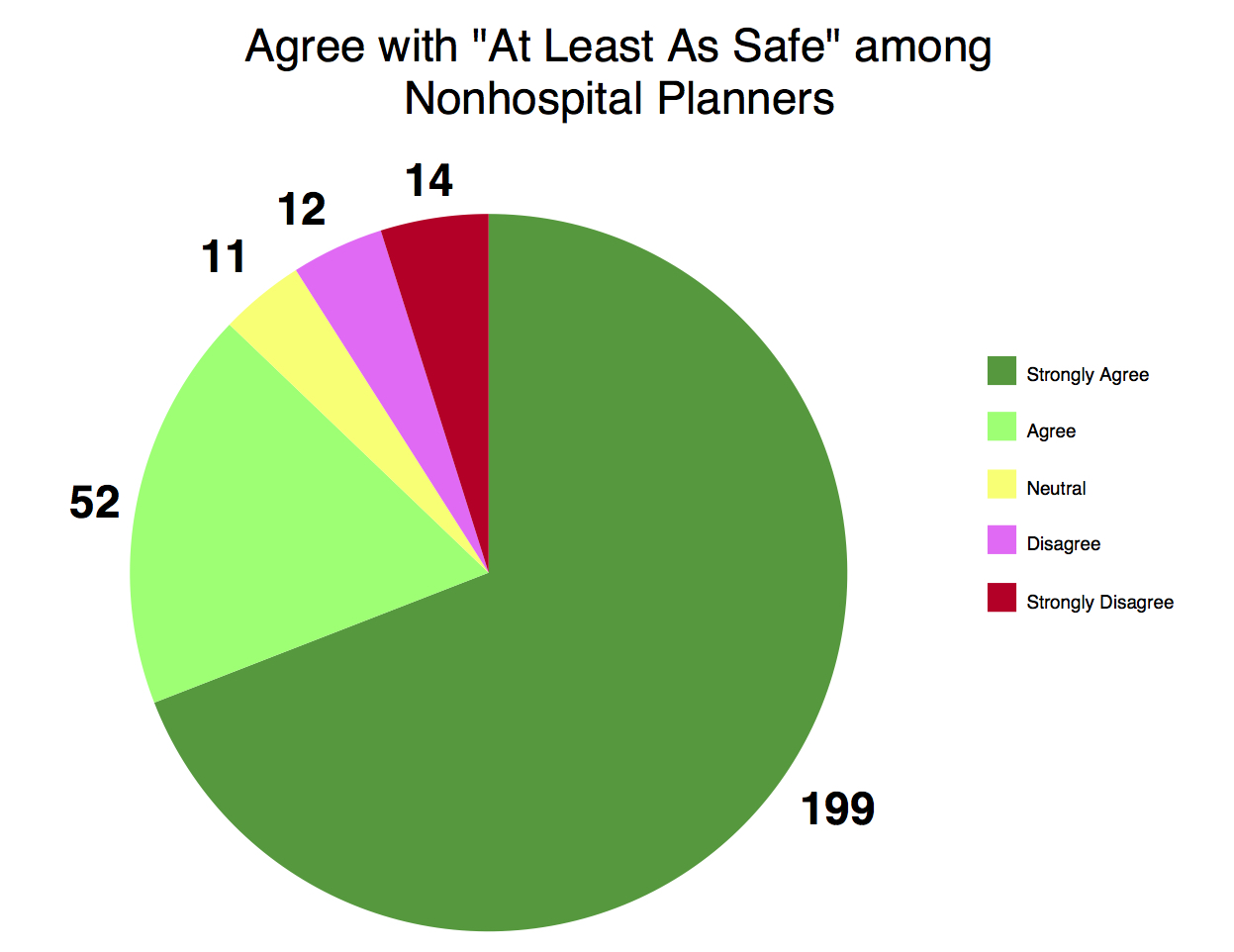