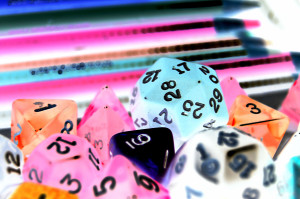 I had first heard about these numbers years ago, when I was still practicing, long before that morning with the binder and the coffee. I had read enough to know that giving birth with a direct-entry midwife like myself meant, statistically speaking, an approximate two- to threefold risk of death to the babies I caught compared to the same birth in a hospital setting. A client would sometimes come to me with concerns: “My mother doesn’t approve, she says she doesn’t think it is safe.” “My husband saw something on the news.” “I found something on the Internet.” I would gently explain to her the logic that allowed me to continue: the difference between relative risk and absolute risk, and the fact that the absolute risk seemed so very small.

“The best statistics show that it might be slightly more dangerous for the baby, but your chances of intervention are much lower. And three times a very small number is still a very small number,” I would say, looking into her eyes earnestly. Sometimes admitting a little weakness can buy a lot of trust. Inevitably, the client would agree with me: chances were, she would have a lovely birth if she stuck with me. It didn’t seem like such a gamble. Chances were, bad things would only happen to someone else, somewhere else, on another day.

As for me, I would put it out of my mind. I focused on giving the best prenatal care I could. I focused on monitoring the baby well during labor and helping moms feel as comfortable as possible. I focused on building moms up and coaching them to hang in there and believe in themselves. And inevitably, when I started to see the baby’s head, I felt nothing but relief that we were going to see a baby soon. Equally inevitably, whenever the baby’s head reached about the halfway point, at that moment when a new face is about to appear in the world for the first time, I would have a moment of sheer terror deep in my gut: What are you DOING. This is absurd. This better go well. You better hope this goes well.

At such moments I often felt as if I had an out-of-body experience, as if I were simply watching myself performing the actions of a midwife, supporting the baby’s slippery body as it tumbled out, making sure he started to breathe, getting him warm and dry and cuddled up with mom, and turning my attention to the placenta. I often received accolades from observers who would say I “kept my cool” under every circumstance. Call me Meryl Streep; I know how to play the role of the confident midwife. No one ever knew that deep down I was terrified.